For the second half of the twentieth century agricultural research was dominated by one big question: how to increase crop yields? On that simple test, the Green Revolution of the ‘60s and ‘70s worked. New, high yield varieties helped falsify firm prophecies of mass starvation before the millennium.

Now, the world must produce still more – population projections and rising incomes suggest people in 2050 will want to eat 60-70 per cent more than current global output. And this has to happen while agricultural systems struggle to adapt to an increasingly unstable climate, and to reduce their own massive contribution to climate change. Simple, it isn’t.

Where does that leave research? It certainly has more complex goals. They are difficult to summarise snappily. Forget making two grains grow where one grew before. You end up with formulations like the one from the latest Montpellier Panel report authored by a panel of international experts led by Sir Gordon Conway. The stated goal is to: “Sustainably intensify agricultural production while reducing greenhouse gas emissions and other negative environmental impacts of agriculture.” Unpack what that means and it turns out to involve research on practically everything. Is this the ultimate multidisciplinary problem for our century? It may well be.

The CGIAR Research Program on Climate Change, Agriculture and Food Security (CCAFS) is a strategic partnership of CGIAR and Future Earth, led by the International Center for Tropical Agriculture (CIAT). CCAFS brings together the world’s best researchers in agricultural science, development research, climate science and Earth System science, to identify and address the most important interactions, synergies and tradeoffs between climate change, agriculture and food security.

Bruce Campbell is deeply enmeshed in turning general formulations like that into action. As director of a research programme on Climate Change, Agriculture and Food Security, a lot of his thinking about how we work on this complex of objectives all at once involves new ways for people to communicate.

Always in agriculture, communication starts with farmers on the ground. That is partly because “we already know a lot” about what to do but, “extension services have more or less collapsed in many developing countries”, he says. That means that there’s a big research agenda “about communication and how you get messages about agricultural practices to farmers”. Extension services are government-run services that provide support, knowledge, training, tools and technologies to farmers.

Success may rest on some lateral thinking and harnessing new technology. So, for example, in Kenya millions in rural areas watch two prime-time TV shows – a soap opera and a reality-TV farm-makeover show – which spread new ideas about farming. CCAFS is currently thinking about how such initiatives could be scaled up or broadened to include climate change elements. That way questions raised during the TV programmes could be addressed by follow up advice via SMS messages, for example. 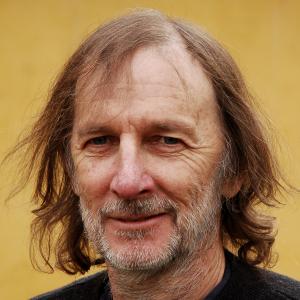 Dr. Bruce Campbell has degrees in Ecology from Cape Town (B.Sc. Hons.), Minnesota (M.Sc.) and Utrecht (Ph.D.), but has increasingly moved into inter-disciplinary work, championing new approaches to doing applied research on natural resource management. Since 2011, he has been director of the CGIAR Research Program on Climate Change, Agriculture and Food Security (CCAFS). He operates out of the CCAFS office at the University of Copenhagen in Denmark.

It is also about taking new knowledge to where it can be applied. There will still be heavy demands on science. Can we breed crops for heat resistance – in a world where a potential four degree global average temperature rise could mean six to seven degrees in Southern Africa? Can crops be bred to withstand more unpredictable extremes – where the same region may face both droughts and floods? But whatever emerges, from the lab, greenhouse, or managed experimental plot, has to be introduced into communities where lives and livelihoods depend on the results.

What helps? Campbell says there are some general principles. One is the need for what he calls “boundary organisations, or boundary individuals…or boundary things!” to link science to action. It is easiest to understand this at the level of individuals. Someone in the mix needs to understand farmers’ needs and translate them into language scientists can understand, and vice-versa.

As global change research becomes global sustainability research, the range of scientists – and social scientists – involved broadens.  “On the ground level we're working with local knowledge and traditional understanding – then for the exact same problem we’re working with global change scientists on climate change. And they generally don't think about agriculture as the end users of their information. So how do we get information from these global scientists right down to the practical level of farmers?”

Answering that question brings in the sociologists – as well as a practical problem to solve – there is research to be done on how communication works best. That includes figuring out which channels are already in use, and who the locally trusted sources are. But who cares about disciplines, anyway? Campbell tries to begin differently. He trained in ecology originally. Now, though, “I actually don't ever start from a discipline. I – and most of the people we work with – start from a problem and the kinds of achievements we want. For example, one of our targets is by 2020 we want 20 million smallholders managing agricultural climate risks better. We put together the teams and partnerships that are needed to do those sorts of things”.

Even so, disciplines make their influence felt. People get good at stuff by working intensively in an expert group. That also creates blind spots. Take the key problem of forecasting. Seasonal weather forecasts in their own region are vital for farmers – even more so as climate grows more unstable. “It would be fantastic if we could improve forecasting for farmers,” says Campbell. “Then they could decide whether to put on plenty of fertiliser, or no fertiliser. Depending on the forthcoming season, they can decide whether to put in lots of labour or to shift to a different crop.”

It’s a hard problem, but there are encouraging experiments. “We’ve started work providing forecasts to farmers in West Africa. We've done two seasons and we've done comparisons between farmers who've had the forecast and those who haven't. And the ones who did get the forecast had major increases in production. It's too early to say how many years you're going to need before people accept the forecast. But so far there's a huge demand for it, after they saw the first season's impact.”

This is only a start, because, “these massive weather extremes that we're likely to experience, that means managing the whole food system at a regional level becomes a major issue, or even at a global level. This is not often on the science agenda, but needs to be.”

Asked what a ‘food system’ is, he agrees it is hard to define. But some of the elements to work on can be separated out. “The trade system, the humanitarian relief systems: It’s also linked into forecasting – can we give the humanitarian organisations enough time to get revved up?” And so the list goes on, as does the list of disciplines that have to be brought into the work. “There’s a whole research agenda about building up productive assets so that farmers can cope with massive extremes, there's work in the insurance sector – on crop and livestock insurance. A lot of research questions here will be political, economical and social science issues. I think when you look at the food system, it really brings in the full spectrum of disciplines that we've got working at the moment.”

As it develops, the ultimate multidisciplinary problem may call for the most wide-ranging conversation, among researchers, producers, processors, legislators and all those whose main interest is just in seeing a decent meal every day. They still need those increased yields as well.