What is Earth System Governance?

The idea that some of the issues we face, like climate change, are “wicked problems” seems to have caught on. It means they are hard to solve, or even define – in this case because they are so entangled with science, politics, society and culture that it is hard to know where to start.

The Earth System Governance Project is, according to its website, the largest social science research network in the area of governance and global environmental change. It explores political solutions and novel, more effective governance systems to cope with the current transitions in the biogeochemical systems of our planet, in the normative context of sustainable development. For ESG, earth system governance is not only a question of governance effectiveness, but also a challenge for political legitimacy and social justice.

The new academic discipline of Earth system governance is attempting to get a grip on these kinds of issues, but what does Earth system governance mean? Its origins aren’t immediately apparent. Norman Moss’s Managing the Planet (2000), for example, discusses how to think about human impacts on the biosphere without once mentioning “governance”. Rorden Wilkinson’s Global Governance Reader (2005), on the other hand, has a single chapter on climate change, but no concept of an “Earth system”, as scientists are now coming to understand it.

So how did these two things come together? The best person to ask is Frank Biermann, the German-Dutch political scientist who chairs the Earth System Governance research project, started by the International Human Dimensions Programme on Global Environmental Change in 2008 and set to join Future Earth. We came to him with a bunch of questions. Which parts of the Earth system are included? What research is going on under this heading? And, what does “governance” mean anyway? There are plenty more, which we’ll return to, but here are his very helpful efforts to explain these first queries.

You are generally credited with formulating the notion of ‘Earth system governance’. What got you thinking about this idea? 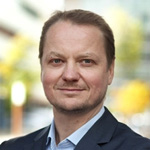 Frank Biermann, Head of the Earth System Governance project, is professor of political science and of environmental policy sciences at the VU University Amsterdam, the Netherlands, and visiting professor of earth system governance at Lund University, Sweden. He specialises in the study of global environmental politics, with emphasis on climate negotiations, UN reform, global adaptation governance, public-private governance mechanisms, the role of science, North-South relations, and trade and environment conflicts.

Frank – From the social science perspective, it has become clear that traditional notions of ‘environmental policy’ no longer describe the human interaction with key processes in the planetary system well enough. Instead, the entire Earth system must be the focus of attention and the unit of analysis for politics. In 2001, the four global change research programmes called for ‘strategies for Earth System management’. The problem that many social scientists including myself have with the term management is that in this context it has very difficult connotations – of technocratic, centralised, top-down management. It may even have connotations of managing the entire Earth system, which is totally not possible!

Frank – The alternative is to draw on the notion of governance. Governance is now widely used in the social sciences. While there is no clear definition, it links with decentralised policies, non-hierarchical decision-making, and the involvement of both public and private actors. This works better to describe the effort to steer societies towards sustainable development. We interact with the Earth system, and we have now become a driving force, a geological force in the planetary system. The question is how we as social scientists can understand the new findings on the Anthropocene. You have to talk about governing the social systems. Earth system governance is not about world government, or about governing the Earth system. It is about governing social systems in a way that you prevent drastic Earth system disruption.

And why do we need this Earth system governance research programme now?

Frank – Scientists and policy makers in the 20th Century gained much experience in understanding and managing single ecosystems, such as river basins, forests or lakes. In the 21st Century, they are faced with one of the largest political problems humankind has had to deal with: protecting the entire Earth system, including most of its subsystems, nonlinear developments, feedbacks and interlinkages. Building stable institutions that guarantee a sustainable co-evolution of natural and social systems at a planetary scale is thus a major challenge. It forces society to address questions about the goals of sustainable development, about the concrete directions of human development, and about the underlying normative assumptions. We are thus also facing a challenge in how research is organised and about the role of science and scientists in this.

What is new here in terms of research organisation?

And will the character of the social science change as the work develops?

Frank – It is very important to see how social scientists and natural scientists can work together. Earth system analysis is driven by an integrated computer-based approach that brings together models and modules of natural sciences as well as of some social sciences. This is a big issue for us because there are few modules currently available for modelling the human impact – we have some economic modules, we have some population models, but most of the social processes that really matter, such as democracy, power, interest, legitimacy, you can't really put into such a computer model. This is a challenge for us: how can we deal with these kind of issues? We have to work together, but also preserve an independent social science programme, which is based on qualitative reasoning, and case studies. Some things can be quantified, but I'm not sitting there every morning thinking, how can I quantify what I do today?

If the governance of which you speak relates to the Earth system, does that mean your research concerns are always global?

Frank – Earth system governance covers more than problems of the ‘global commons’, but also local problems from air pollution to the preservation of waters, waste treatment or desertification and soil degradation. On the other hand, natural interdependencies are functions of the Earth system that transform local environmental pollution into changes of the global system that affect other localities. Prominent examples are climate change, stratospheric ozone depletion, the global distribution of persistent organic pollutants, and the global spread of species with potential harm for local ecosystems. Earth system governance thus requires the integration of governance research at all levels. It must bridge scales from global to local.

And this trans-disciplinary research will encompass new topics as well as complementary approaches from natural and social sciences?

Frank – The anthropogenic transformation of the Earth system encompasses more puzzles and problems than have been traditionally examined within environmental policy studies, ranging from changes in geophysical systems to the global loss of biological diversity. Key questions – such as how Bangladesh could adapt to rising sea levels, how deterioration of African soils could be halted or how land-use changes in Brazil could be analysed – have barely been covered by environmental policy research. Yet they are inevitably part of the study of Earth system governance.

You’ve said that linkages between local and global causes and effects need to be traced through environmental systems. Is the same true of the social systems which are tied into environmental change?

Frank – Social interdependencies are functions of the (global) social system that transform local environmental degradation into trans-regional or global social, economic and political crises. This includes influences on the world economy, for example because of large-scale flooding, drought or disease. It also includes influences on the material security of human populations, for example, when regional climatic change causes decreases in food production and thus increases in global food demand and food prices. Eventually, these social interdependencies will affect global and regional security. Economic crises or mass migration due to transformation of the Earth system will not be confined to some states. They will affect all. Spatial ecological interdependence binds all nations.

As well as global reach, we will need institutions that are in it for the long haul, perhaps centuries. How on Earth (sorry) can we fashion institutions that endure for long enough to do the job? Are there any precedents?

Frank – Effective transnational institutions and governance systems with a time- horizon of centuries are rare – the Catholic Church with its 2000-year stable leadership succession and decision-making mechanisms is probably the only transnational empirical example. It will be a key task for analysts to chart ways for such stable systems of Earth system governance in the 21st century.

Finally, what will Earth System Governance bring to Future Earth?

Frank – The Earth System Governance Project will serve as the main nodal point within Future Earth for all sorts of questions on governance and institutions. We are looking at institutions and governance processes, both local and globally, from the village or city council to the general assembly of the United Nations. We also study not only intergovernmental and governmental actors but also non-state ones such as environmentalist organizations, major corporations, global partnerships of cities, or networks of scientists. Some of us have even begun now to study the very emergence of Future Earth itself, as a societal process and a new institution driven by scientists and funding agencies! Thus, in short, we are enthusiastic to work within the Future Earth alliance to scrutinize the politics and policies around the major challenge of earth system transformation.

Paul Crutzen: a lifetime of achievements in science that will continue to guide humanity’s future on Earth