Water-Energy-Food Nexus: We are the Nexus!

We are the Nexus!

In Mathare, ‘Nexus’ means… nothing. We couldn’t find any ideal way to translate it into Swahili, but that did not stop us from tackling nexus challenges in the settlement. So, for  the over one year that we’ve been co-researching with Mathare residents in Nairobi, Kenya, we’ve found creative ways to discuss the energy-health nexus. Take for example, the ‘Mathare Energy Stories’ we did, by pairing Mathare community members with illustration students from the University of Nairobi.

We started off with the loose idea of doing comic stories around existing energy challenges and solutions and using them to show how energy is interconnected with other concerns in the settlement. In the end, we illustrated three stories about (1) informal electricity connections, (2) a defunct biogas plant and (3) an improvised sawdust stove. 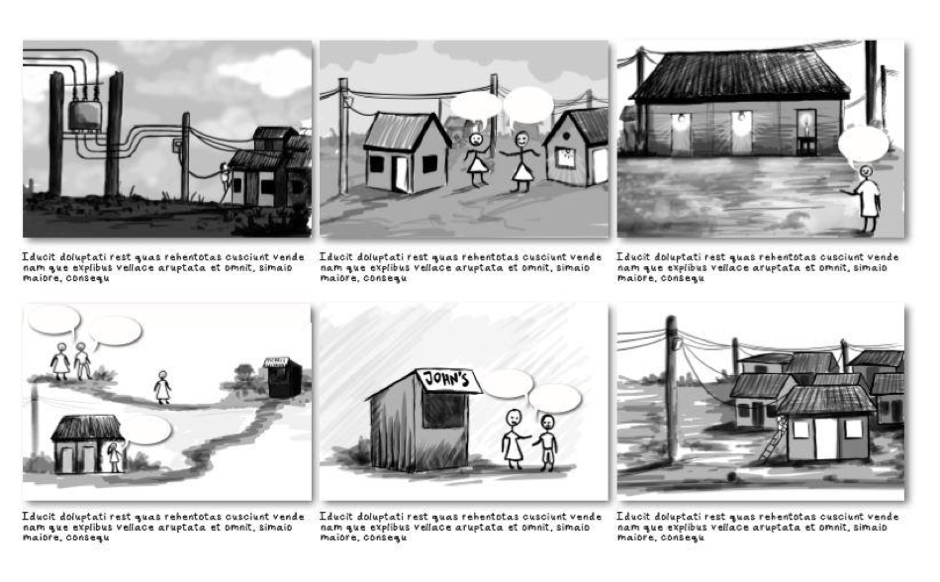 The illustration exercise was fun and humorous, but the stories we unearthed were weighty and worthy of attention. In the story on the informal electricity connections that are popular in the settlement, it was clear that residents are fully aware of the health dangers of such connections but are left with little other choice for lighting, since they can’t afford the costs set by the utility provider. 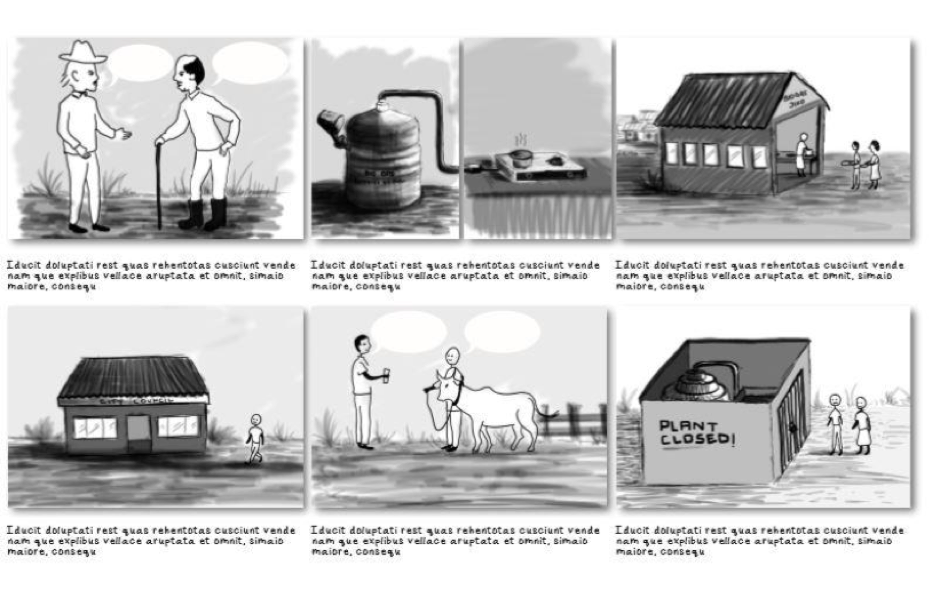 The second story on the defunct biogas plant was an illustration of how a biogas digester plant donated and set up in the settlement, functioned for a year, and was a source of free cooking energy, spawning other projects such as bakery classes and a feeding programme for orphaned children. The plant was later uninstalled due to a lack of constant supply of animal manure for the plant, coupled with land tenure problems and a general reluctance over communal cooking. Once again, the residents displayed a clear understanding of the challenge in sustaining community projects, as well as the possible solutions required. 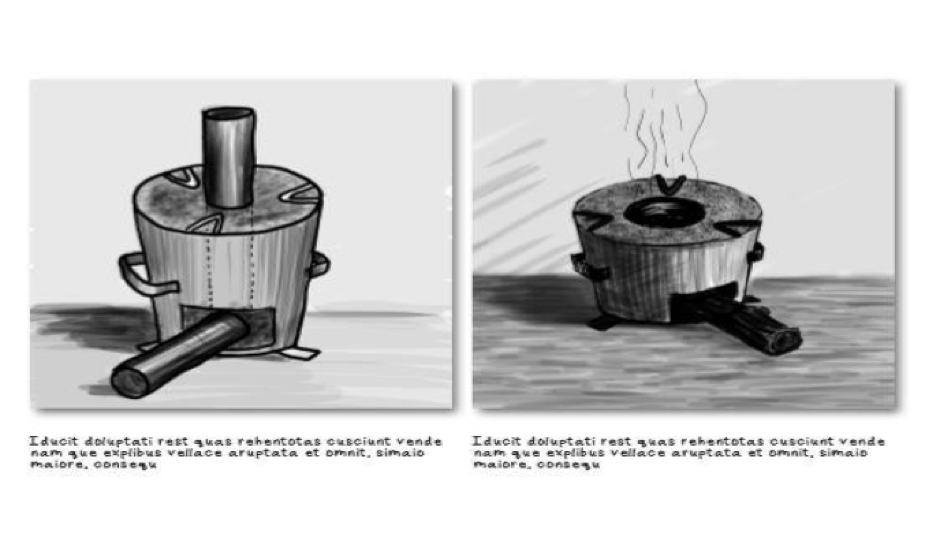 The most important solution according to the residents was community engagement processes that would allow them to co-own projects. For example, in the case of informal electricity connections, they proposed that community members would be happy to discuss subsidy options with the utility provider since the residents already pay a fee to local cartels anyway. In the case of the biogas plant, they proposed that such a project would have benefitted from negotiations on land tenure and a communal effort to run the plant.

Our third story focused on a local solution to the ongoing charcoal ban in Kenya. Charcoal was previously the common fuel for cooking but was banned in early 2018 due to widespread fears about environmental degradation and distorted rainfall patterns affecting the country. Mathare residents have thus turned to improvising existing charcoal stoves to burn compacted sawdust as an alternative fuel. The sawdust alternative, though more labour intensive, is much cheaper and produces less smoke and is therefore perceived to be healthier.

These three stories emphasize the nexus challenge by showing how energy needs in the settlement must be tackled together with other problems such as health, land tenure, food security and water supply, among others. In our research, we’ve seen that a key entry point into such a complex approach is in allowing the community to co-frame research problems and inviting other stakeholders to expound on how integrated solutions can be arrived at.

And we are not just trying this out in Mathare; ours is a two-year multi-country comparative project known as the CoDEC project, being carried out in Kenya, Uganda and South Africa and funded by the LIRA 2030 programme with additional funding from the AfriCLP programme for the Kenya study. For comparative purposes, we’ve done the usual: literature reviews, household surveys, focus-groups, journal publications in the pipeline. But we want more than just comparative data. Ultimately, we aim to co-produce solutions with communities and policy actors, hence the use of other creative methods such as the illustration workshop example above. We’ve also used participatory mapping and design thinking to co-generate solutions with a wide range of stakeholders.

One of our more interesting collaborations as a team has been the attempt to squeeze the story of our 15-month, multi-country research into a 12-minute project documentary. After recording hours upon hours of workshop presentations, field visits, and interviews, we sought to interrogate only one question: ‘How can we work better with communities to make science that has policy relevance?’

Notably, the word nexus is voiced only twice in the final cut of the video, yet it was the main theme of our CoDEC regional workshop where we did most of the initial recording and hence the word ‘nexus’ was the most repeated word in our raw footage. But after painfully watching academics use more jargon to explain what the nexus is, we decided that the nexus for us was not a word, it was an attitude. An attitude that motivates us to cross disciplinary boundaries, community boundaries, expert boundaries, and country boundaries, in search of innovative solutions to our complex, yet common urban problems on the African continent.