In many parts of India, agricultural irrigation is sourced from groundwater, extracted using fossil fuel or electric water pumps. A limited supply of water for agriculture, the high cost of pumping groundwater and limited availability of electricity are key problems for many rural farmers. Solar irrigation pumps seem to be an ideal solution to replace the more common diesel pumps. However, there is no sustainable business model for solar energy use in agriculture for farmers to follow. However, solar power in agriculture has the potential to allow farmers to both use energy for water pumping during periods of rainfall deficit and earn additional income when crops do not require irrigation. Improving agricultural production through the inclusion of climate smart agriculture activities and income from the sale of surplus solar power can help minimize the impact of climatic risks among farming communities.

The International Water Management Institute, the CGIAR Research Program on Climate Change, Agriculture and Food Security (CCAFS) and India Tata Program collaborated to pilot the ‘Solar Pump Irrigators’ Cooperative Enterprise (SPICE) model. The goal of the SPICE model project is to sustainably promote solar pumps in the water scarce area of Gujarat State, India by forming a solar irrigation cooperative of six farmers in the village of Dhundi, in the Kheda District. The cooperative developed a Power Purchase Agreement with the local power distribution company for selling surplus power when farmers were not using the irrigation pumps. The government subsidized the cost of solar pumps while the SPICE model project subsidized the cooperative. 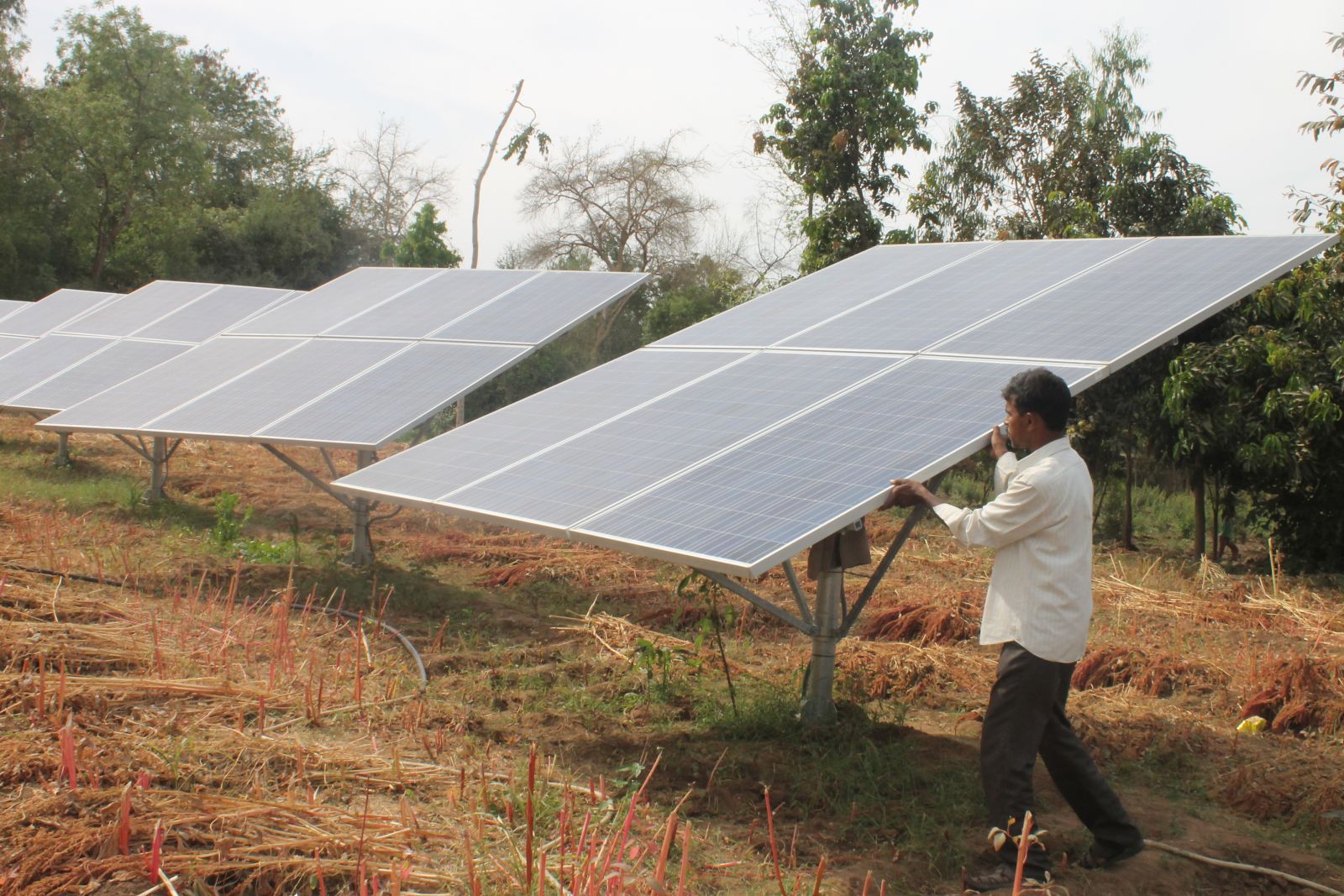 The pilot project demonstrates that solar power is a good source of income in such communities. The members of the cooperative increased their income by improving agricultural production through irrigation as well as the sale of any surplus energy to the local power distribution company. In addition, the project highlighted the potential role of a range of climate-smart interventions such as water use efficient technologies for vegetable farming, improved seed and nutrient management, minimum tillage and introduction of low water requirement crops.

Using solar power to generate electricity influences the dynamics of electricity generation and irrigation use (Figure 1). Between January and May 2016, during the dry season, the members of the cooperative could use the electricity generated from the solar power to either meet their own irrigation needs or to sell irrigation service to neighbouring farmers. The option for selling surplus energy to the local power grid became available to the cooperative from May 2016 onwards, which resulted in a reduction in irrigation use. The SPICE model, thereby, effectively helped to reduce the use of power and water in agriculture, without impinging on farmers’ incomes. 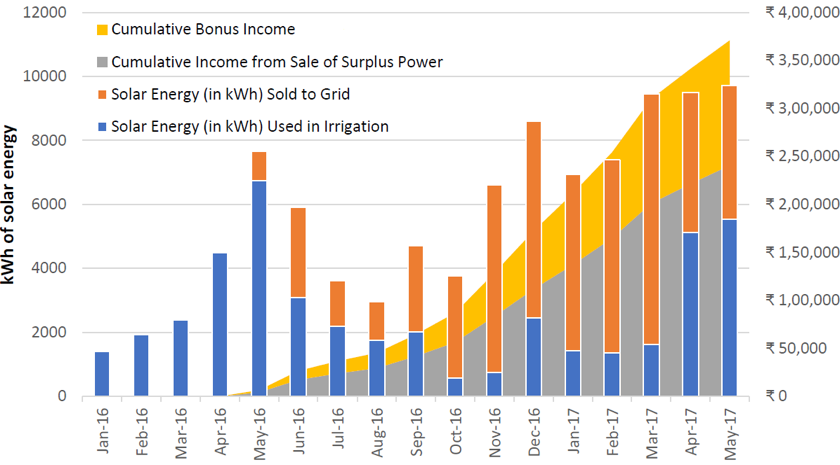 As soon as the experiment started showing results, the pilot project began to focus on research uptake. This paid off, with with the SPICE model receiving significant space in policy discussions in Gujarat State. Since the project began, many stakeholders have visited the village in order to better understand the SPICE model. The visitors include government officials, academia and representatives from the solar industry. Within six months of operation, the stakeholder interest and high profile visits had given the pilot such momentum that it had gained a significant space in state and national level policy discussions.

The Government of India announced a new multi-billion-dollar scheme to solarize farm irrigation on a national scale. With an allocation of 21.8 billion USD, the government plans to start building 10,000 MW solar plants on barren lands, providing 1.75 million off-grid agricultural solar pumps. Through the scheme, farmers’ income levels are projected to see a sharp rise, as they will be able to sell any surplus power that they generate to the local power distribution companies.

Importantly, such initiatives help the country reduce their greenhouse gas emissions and move closer to attaining their intended nationally determined contributions (INDCs). In Dhundi, carbon dioxide emissions from the site has been reduced by 56.5 tons with the replacement of diesel with clean energy. The advantage of the SPICE model lies in making groundwater irrigation climate-smart. By allowing farmers to sell off surplus power, the SPICE model incentivizes less water withdrawal and water use. In addition, at an elevation, the installed solar panels have changed the possible land uses, by allowing them to cultivate shade loving crops below the panels, which reduces the land footprint of solar expansion as a whole.