Masters of their own domain? Davos shows global titans need some guidance

Coming to Davos as a newbie, my first sensation was that of brushing up to power – the gleaming Mercedes with polarized windows, the ninja-like bodyguards dressed in black turtle neck sweaters, the security checkpoints – combined with the likes of executives of Google, Facebook, the new Brazilian president, and Germany’s chancellor.

The second impression came a freezing day or so later. The global titans may confidently stride from their private helicopters to conferences and dinners, even showing off their skiing ability later, but no one seems to have a clue – given the burgeoning global risks – what to actually do with all this influence and wealth.

The World Economic Forum this year made no bones about the fact that climate change and extreme weather are some of the biggest risks to the planet, but many billionaires and policy makers are scratching their heads.

“I believe we are losing the race,” United Nations Secretary-General Antonio Guterres said on Thursday. “And we have this paradox: the reality is proving to be worse than scientists had foreseen, and all the last indicators show that.” 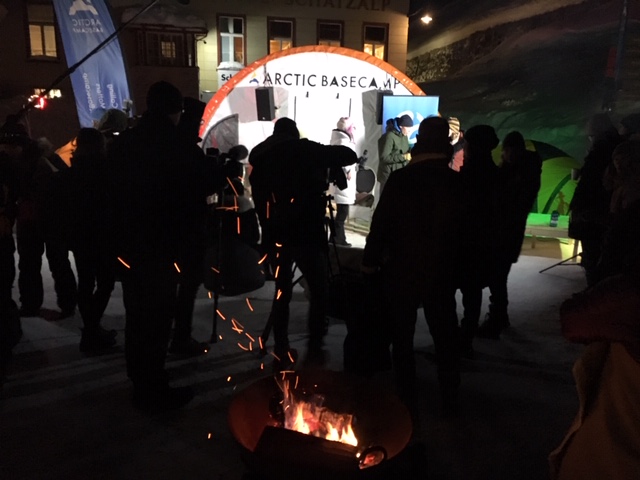 Photo: Attendees gather at Arctic Basecamp ahead of the Earth Commission dialogue on January 23, 2019 during the World Economic Forum. Credit: Lisa Jacobson/Future Earth.

Mid-way up a mountain overlooking Davos, on Wednesday we held a dialogue with business and sustainability leaders on the need for an Earth Commission – something that we hope to launch formally this year in collaboration with the International Union for Conservation of Nature.

The Commission is about offering an integrated global report – to offer a kind of north star for businesses, policy makers and cities – by synthesizing the latest science to underpin the setting of science-based targets.

In the same way that the 1.5 to 2 degrees global temperature rise target from the 2015 Paris Accord offered guidance to policymakers and business, these new targets would not be just about climate, but about likes of land use, water, biodiversity, the oceans. In short, planetary sustainability. It would allow them to have access to the latest scientific knowledge to inform investment and policy decisions. 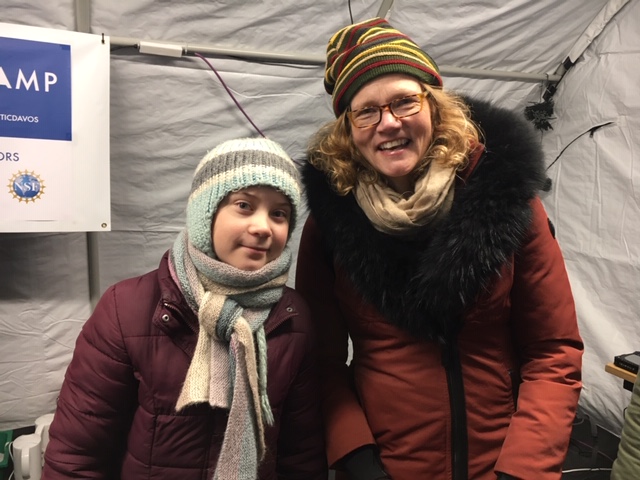 Gail Whiteman and her team at the Arctic Basecamp did a great job at organizing the event with fires and mulled wine to keep the more than 50 attendees warm. The appearance of Greta Thunberg, the 16-year-old Swedish student who sparked a global youth movement over climate change, attracted world media to the event. Our speakers, Amy Luers, Johan Rockstrom and We Mean Business CEO Nigel Topping, appeared on the front page of the UK Guardian.

Greta put a lot of us to shame by travelling down by train from Sweden from the event to cut her carbon footprint, and her direct language about the danger of climate change focused attendees to the real urgency of our task.

The event was held outside on snow-packed ground. With the temperature at around -12 degrees centigrade, the fact that attendees milled around afterwards to further discuss the Earth Commission and mingle with each other testified to the interest in the topic.

Over the next year Future Earth will be pushing this initiative forward with more businesses and policy makers – a seriously needed dose of "can-do optimism" that seems in short supply this year throughout this packed Swiss ski resort.

COVID-19 and Sustainability Transitions: A Real-Time Report from the Systems of Sustainable Consumption and Production Knowledge-Action Network

COVID-19 is a chance to end harmful fishing subsidies. Here’s why we must take it

How policymakers should use the wealth of COVID-19 data