The Earth Commission is a group of leading scientists convened by Future Earth. Their mission is to assess the latest science to underpin the development of science-based targets for systems like land, water, and biodiversity. By setting such targets, companies and cities will be able to contribute to re-stabilizing Earth’s natural systems and work towards ensuring a planet where humans can thrive. 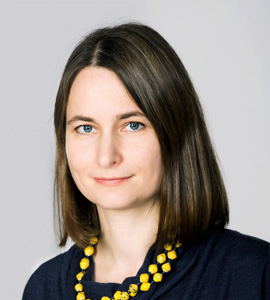 Recent catastrophic wildfires, devastating floods, and other extreme weather events are obvious signs. Human activities are accelerating changes in the Earth system at a scale and pace that is pushing the planet out of a safe operating space for humanity. Urgent action is needed to slow this detrimental change.

To combat climate change, the world’s nations have agreed to limit global warming to well below 2 degrees, but science-based targets for other parts of the Earth system are missing. To create such targets is the mission of the Earth Commission, together with the broader Global Commons Alliance.

The Earth Commission will compile a high-level synthesis of knowledge on the processes that regulate the planet’s stability and underpin biodiversity and life-supporting land, water, and oceanic systems. It will also provide a scientific synthesis of the social transformations required to sustain the development of human societies within a safe planetary operating space.

The Earth Commission consists of an international team of 19 renowned natural and social scientists, co-chaired by Professors Joyeeta Gupta, Dahe Qin, and Johan Rockström. They were announced in September and their inaugural meeting was held in November 2019. In addition to the leadership team, a series of working groups will support the overall synthesis with modeling, cross-cutting and focused analyses.

The mission of the Earth Commission is to provide the scientific insights needed to develop science-based targets that can help maintain the functioning life support systems of Earth: land, biodiversity, freshwater, oceans. The synthesis will be central for informing the work of another part of the Global Commons Alliance, the Science Based Targets Network, developing methodologies for companies and cities to set specific science-based targets to guide policies and practice.

The Earth Commission is complementary to and builds on existing assessments, such as the IPCC and IPBES reports. Its work will also be informed by Future Earth’s research networks, and in particular the related initiative Science-Based Pathways for Sustainability.