Almost everything we eat, drink and breathe is a product of ecosystems and the life forms that inhabit them. Food, safe water, health, the climate system, and a meaningful, enjoyable human life are inextricably linked to them. Yet, ecosystems are being altered and degraded faster than in any period in history, and the variety of life on Earth is declining. 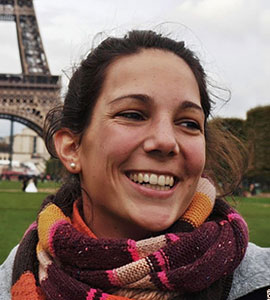 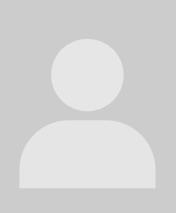 Cities play an increasingly important role in global sustainability. Occupying less than 2% of the world’s land area, urban areas simultaneously produce most of the world’s waste and GDP. Cities are also complex settlements in which economies, cultures, biodiversity, and infrastructure from public transportation to sewage systems interact in sometimes unexpected ways.

This complexity can make it challenging to understand how actions in one area, such as to improve air quality, might affect another, such as climate. We believe that addressing these complexities requires taking the entire system, both within and beyond cities, into account when generating knowledge. It also requires bringing together people and groups from all walks of life to work together to design and produce solutions that respond to the real-world needs of urban areas across the globe.

How will changes to ecosystems and their biota alter the benefits that human societies need to have a fulfilling life?

The challenge lies in achieving a scientifically-based, sustainable, and fair stewardship of terrestrial, freshwater, and marine natural assets underpinning human well-being. This must be done by:

The Natural Assets KAN aims at better understanding the functioning of the Earth System in the Anthropocene and it aims at actively contributing to the SDG goal 15: life on land.

Possibilities to partner in the short term

The Natural Assets KAN will be co-designed with the active involvement of parties that share our vision. Therefore, on the basis of the very general foci and challenges expressed above, we encourage all Future Earth Core Projects, Clusters and Fast Track Initiatives as well as the broader research and stakeholder community to contact us to share insight, put forward specific foci for action, and in general join the discussion.

The concrete areas of action, as well as their prioritisation, will be developed with the community. The following are tentative examples to illustrate the scale and level of action we envision:

The Natural Assets KAN Development Team met for the first time in person in April 2018. Read here about the outcomes.

I am Executive Officer of the Global Land Programme, Senior Scientist at the Centre for Development and Environment at the University of Bern, and Assistant Research Professor at the University of Maryland, College Park.  In addition to my work coordinating the GLP community, my research interests include governance of distally connected socio-ecological systems (telecoupling); land tenure and relation to land use and cover change; forest governance and conflict; and carbon conservation schemes such as REDD+ in the context of global climate change policies and development issues. I am also Principal Investigator on a recently awarded grant from the NASA Land-Cover and Land-Use Change (LCLUC) program, “The Global Rush for Land: A Socio-Ecological Synthesis” Principal Investigator (2017-2020) and a Senior Fellow of the Breakthrough Institute.

Maria is a spatial ecologist interested in the science-policy interface for ecosystem services and biodiversity to inform landscape planning. By applying decision support tools like scenario analysis and conservation planning, she explores trade-offs and prioritize management alternatives that balance conservation, development, and social objectives. Her PhD focuses on synthesizing ecosystem services research to provide scientific evidence that can be used in environmental decision making. She is developing study cases in Mediterranean Chile looking at spatial and temporal changes in ecosystem services provision under global change and exploring ways to expand the current protected areas system to enhance equity in access to nature and improve biodiversity representation. Her research aims to inform international and national conservation decision-making on best practices to manage multi-functional landscapes for the sustainable provision of ecosystem services.

Hannah is the deputy director of the Future Earth Global Hub in Paris. She is the lead of Future Earth’s Capacity and Networks function; particularly, she is working to set up a global network of early career change-makers in sustainability. She is also a member of the Advisory Board of the Global Sustainability Scholars programme and the coordinator of the Natural Assets Knowledge-Action Network. Her field of expertise lies in the area of biodiversity and nature's contributions to people. Hannah holds degrees in Applied African Studies and Environmental Policy and volunteers with reforestation projects in Europe whenever she can.

Unai Pascual is Ikerbasque Research Professor at the Basque Centre for Climate Change (BC3), Bilbao, Spain, where he leads the Climate and Natural Environment Research line. Previously he was Senior Lecturer in environmental economics and policy at the University of Cambridge, Department of Land Economy (2002-2013). He also lectured on environmental economics at the University of Manchester (2000-2002). Prof Pascual carries out research on the interactions between climate change, biodiversity and ecosystem services from an interdisciplinary perspective. He has conducted research in Europe and especially in developing countries, including Europe, Mexico, Peru, Bolivia, Colombia and India. Prof. Pascual’s scientific output appears in many publications in international high impact journals such as: Science, PNAS, Bioscience, Global Change Biology, Conservation Biology, Ecological Indicators, Global Environmental Change, Conservation Letters, Environment and Resource Economics, Ecological Economics, Environmental Science and Policy, Land Economics, World Development, etc. He has also published books, many book chapters, and has given numerous talks and keynotes about the links between land use change and human well-being. Prof. Pascual’s has an active role in international policy bodies. He is a member of the Multidisciplinary Expert Panel of the Intergovernmental Science-Policy Platform on Biodiversity and Ecosystem Services (IPBES). He is also member of the scientific committee of the Future Earth - EcoSERVICES programme, the Scientific Commission of the Great Ape Survival Partnership GRASP (led by UNESCO & UNEP) and of the United Nations’ Sustainable Development Solutions Network’s (UNSDSN) on Biodiversity and Ecosystem Services. Previously he was also member of the scientific committee of the agrobiodiversity programme of Diversitas and serves in various editorial boards of international peer reviewed journals such as Global Environmental Change. He serves as advisor to research councils in Europe (EU Commission, Spain, France, UK, Sweden, Portugal) and international programmes such as the United Nations Environmental Program (UNEP), the UN Food and Agricultural Organization (FAO), the International Institute for Environment and Development, UK (IIED), Mexican Government’s Comisión Nacional para el Conocimiento y Uso de la Biodiversidad (CONABIO), and the Consultative Group on (CGIAR).