On 1 February, 2020, the Fourth AEON Future Earth Forum (Forum) was held in Yasuda Auditorium at the University of Tokyo. The Forum initially began in 2017, hosted jointly with partners from the private sector and academia with support from Future Earth. This unique platform highlights the latest scientific knowledge on environmental issues and creates a dialogue with participants on possible solutions. This year’s Forum was jointly organized by the AEON Environmental Foundation, the University of Tokyo Institute for Future Initiatives, and Future Earth, garnering an audience of more than 800 people.

Each year, the Forum chooses a theme from Future Earth’s Knowledge-Action Networks (KAN). This year’s theme was “Protecting the Ocean’s Environment and Resources” from the Ocean KAN. Composed of two keynote lectures, a guest talk, and a panel discussion, the Forum gave insights to the participants about the current problems surrounding the marine environment as well as collective solutions.

In the plenary lectures, Naomi Harada from the Japan Agency for Marine-Earth Science and Technology (JAMSTEC) spoke on the theme “Changing Marine Environment, Ecosystem, and Material Cycle: the Mystery of their Relationships,” and explained the effects of warming oceans, loss of sea ice, and acidification of oceans on marine organisms and materials. Toyoji Kaneko, a professor at the University of Tokyo Graduate School of Agricultural and Life Sciences, also delivered a talk on the “Mysteries of Ocean Fish and River Fish” by illustrating the main differences in ocean and freshwater fish, using examples of the mechanisms of osmotic pressure control, and gill movements. He also discussed the possibility of industrial applications of osmotic pressure control.

In addition to these interventions, there was a guest talk with a popular comedian Naoki Tanaka, as well as Mitsuo Uematsu, Ocean KAN co-chair and President of the Center for Environmental Science in Saitama (CESS). With a theme of “The Ocean and I,” Mr. Tanaka explained how his interest in environmental issues started with a love for sharks, which then led to an affinity for all marine organisms, and eventually for the environment. Prof. Uematsu detailed the effect of yellow sand on the marine environment, and concluded that we should each individually continue to do what we can to stop the degradation of the planet. 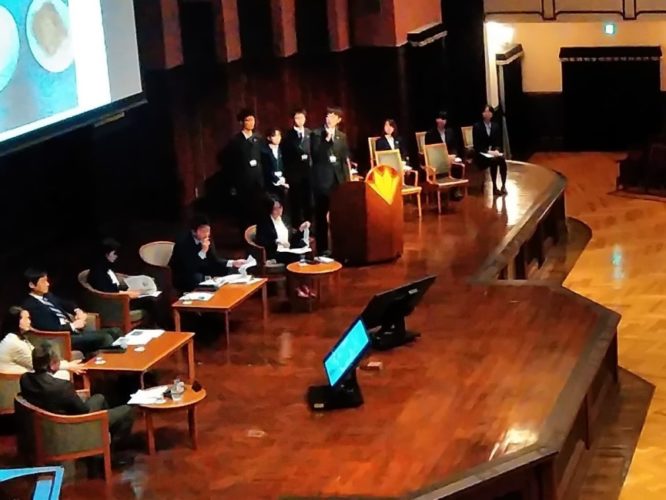 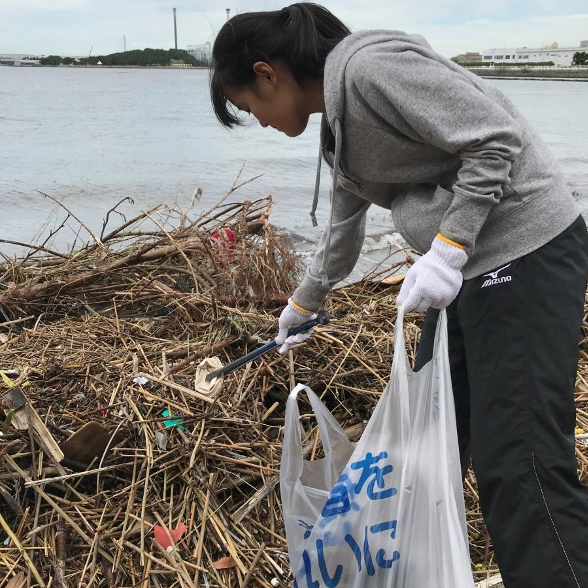 Following a panel discussion with 5 panellists, including experts on the eels’ life cycle, micro-plastic, shared resource management and the head of the Corporate Social Responsibility Department of AEON Co., Ltd and being moderated by Prof. Mitsutaku Makino, high school students gave presentations. Students from Ochanomizu University Senior High School talked about the marine plastic pollution, introduced the web portal they developed with various information and discussed what each of us as individuals can do. Students from the Yokohama Science Frontier High School also presented on the marine plastic issue, with 3 groups each presenting on the phases of waste recovery, decomposition of plastic, and substitution of plastic products to prevent marine contamination. Students also interacted with the panelists, and even pushed back to a critical comment by an expert with the evidence they had found out in their experiments at the school.

By having the participation of high school students, the forum enabled a cross-generational dialogue on an urgent environmental issue. Next year, the fifth and final forum will be held, with the aim  to increase awareness, understanding, and opportunities for action.