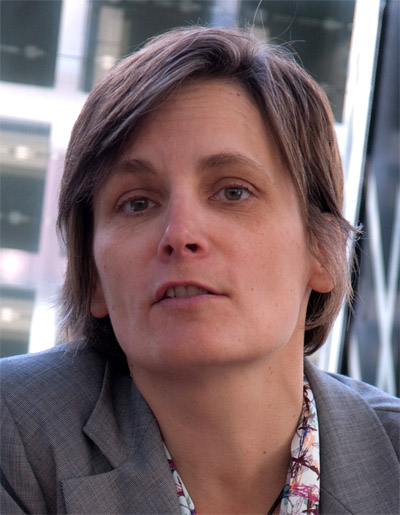 Corinne Le Quéré is a member of the Future Earth Science Committee, professor of Climate Change Science and Policy at the University of East Anglia, and director of the Tyndall Centre for Climate Change Research.

Her research centres on the interactions between climate change, carbon emissions, the natural environment and humans. Le Quéré has been a central figure in the development of The Global Carbon Project (GCP), which was established in 2001 in recognition of the large scientific challenges and critical nature of the carbon cycle for Earth's sustainability. The scientific goal of the project is to develop a complete picture of the global carbon cycle, including its biophysical and human dimensions together with the interactions and feedbacks between them.

The Copernicus medal will be awarded today in a ceremony taking place in Vienna, Austria. In awarding the medal, The Copernicus Gesellschaft e.V recognise Corinne Le Quéré for

‘her innovative and world-leading research on the carbon cycle, her initiative to organize internationally coordinated measurement of carbon in the earth system, and her effective communication thereof to government, industry, and policy makers.’

Le Quéré and other scientists involved in the Global Carbon Project were behind the 2013 publication of the Global Carbon Atlas, an interactive platform to explore and visualize the most up-to-date data on carbon fluxes resulting from human activities and natural processes.

In a recent interview with Jon Turney published on the Future Earth blog, Le Quéré described the Atlas as

"trying to assist evidence based policy-making, where everyone’s emissions are out in the open. Having the numbers really kills exaggeration."

The Global Carbon Project has made a concerted effort to establish communication between science providers and users, and its annual carbon budget and regular methane budget generate thousands of media articles in newspapers, radio and television all over the world.

The Copernicus medal is awarded annually to individuals with outstanding and innovative scientific achievements in geosciences, planetary or space sciences who have also accomplished fruitful work for the promotion of international collaboration in the sciences, in the spirit of Nicolaus Copernicus.

More information can be found on The Copernicus Gesellschaft e.V website.