‘Co-design for relevance and usefulness’ – Q&A with Melissa Leach

What's the difference between co-design and co-production? How do you see each term – both conceptually and in terms of practical application?

Melissa Leach – From a practical point of view, co-design can be seen as the process in which multiple stakeholders work together to design a scientific research process, whereas co-production can be seen as working together to actually carry out research, to generate and apply findings. At a more conceptual level, the term co-design is rarely used in the literature on the sociology of scientific knowledge, but co-production is used to refer to the ways in which science, knowledge, social order and society are produced together. That's also a view I hold to, and it could be used to describe co-design as well as co-production.

Any position – any way of looking at the world – taken by researchers or other stakeholders, always contains implicit social and political commitments, that contain views of the world and the way one wants the world to be. The process of carrying out science and delivering results is also then a process of putting that view and that vision into action and producing society, so the co-production of science is also the production of society and social orders. One could say the same of co-design in that conceptual sense – the design of a scientific enquiry is also the design of a particular view of society and social order.

What kind of incentives do stakeholders have to get involved in co-design?

Melissa Leach – The bottom line reason for doing co-design – and for any stakeholder to get involved – is relevance and usefulness.

One of the most innovative aspects of Future Earth is the idea that knowledge will be co-designed and co-produced, with scientific researchers and stakeholders actively involved throughout the whole process of knowledge development. This three-part series examines the relevance of co-design and co-production for Future Earth.

Contemplating co-production
Future Earth aims to involve multiple stakeholders with the design and production of scientific research. Jon Turney offers a personal view of how that might work.

'To be inclusive, you need more voices'
Co-production is something that's going on in the world, like it or not, says Sheila Jasanoff, a Professor of Science and Technology Studies at the Harvard Kennedy School.

Science needs to be designed and produced in ways that speak to and are relevant to the perspectives, priorities and interests of particular groups, and being involved in shaping questions and delivering science is one way of ensuring that happens.

If one goes back to a more conceptual view of what co-design and co-production are about, it's also fundamentally about a politics of knowledge, and a politics of ways of being. If you appreciate that changes in the world and the transformations we need towards sustainability are always going to be viewed, prioritised and experienced  differently by different people, who have different ideas about what should be sustained for whom, sustainability is always going to be an area of contested and politicised perspectives and priorities. Getting involved in co-design and co-production is also a way of getting involved in the politics of knowledge, and the politics of delivering versions of sustainability that speak to particular groups' agendas.

This requires the scientists and stakeholders involved to be humble and reflective about their own positions, recognising that their own views of the world and of what kinds of science and knowledge are appropriate are always positioned and partial. A true co-design, co-production process involves bringing all those partialities into the same arena, enabling all the scientists and stakeholders involved to be explicit about their partialities, and then you can have an open debate about where convergences lie, and where there are real contestations that need to be worked through. That's not necessarily comfortable for scientists who are used to speaking truth to power. But the enterprise of science is always about putting out hypotheses, questions and ideas; opening them up to critique and testing, and moving on to something better. What's more problematic is when certain versions of science come to be taken into the policy world as incontrovertible truth, in ways that sometimes do injustice to scientist's own views about their evidence. That actually goes against the way scientists themselves would understand their own work.

Which groups does Future Earth seek to co-design and co-produce with?

Melissa Leach – Future Earth should be seeking to co-design and co-produce with a wide diversity of stakeholders. Although the focus of much of Future Earth's work is on global science, global sustainable development and transformations, when it comes to actually devising transformative solutions there are really key roles for stakeholder views at national, regional and local levels. The perspectives of people who are dealing with ecosystem and sustainability processes in everyday urban and rural settings are crucial. Local knowledge and local stakeholders should be a vital part of Future Earth's co-design and co-production.

Stakeholders may have different access to power or networks. How do you make sure certain groups are not left out of discussions on co-design? 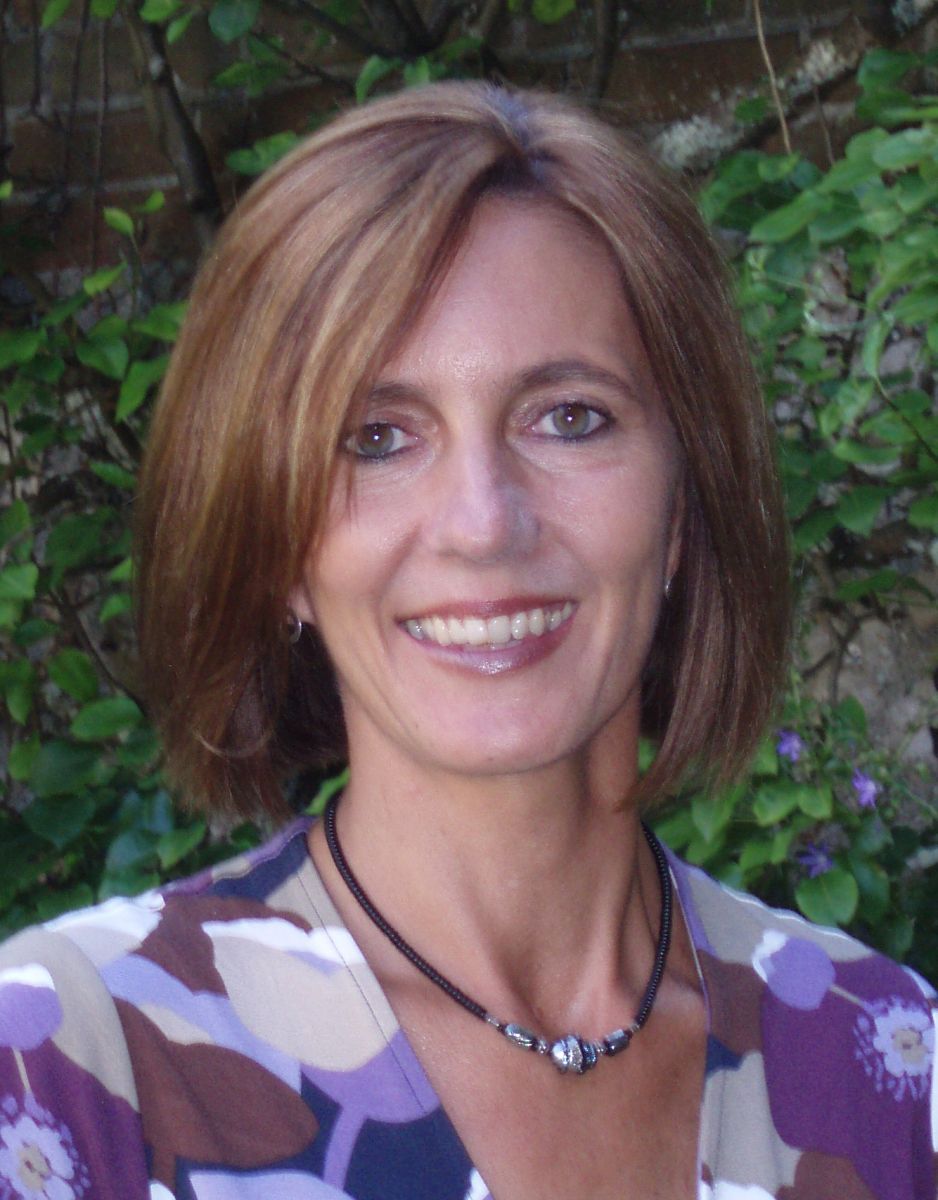 Melissa Leach is Vice-Chair of the Future Earth Science Committee. Melissa is Director of the Institute of Development Studies (IDS), University of Sussex, UK. A geographer and social anthropologist, her research in Africa and beyond has integrated social science with science-policy and natural sciences across many environmental, agricultural, health, technology and gender issues, resulting in extensive publications including the books Misreading the African Landscape (Cambridge, 1996); Science, Society and Power (Cambridge, 2003); The Lie of the Land:  Challenging Received Wisdom on the African Environment (James Currey, 1996);  Dynamic Sustainabilities: Technology, Environment, Social justice (2010, Earthscan), and Green Grabbing (2012, Taylor and Francis). Melissa blogs at http://www.transformingdevelopment.com/.

Melissa Leach – This is the critical challenge. It's partly a question about scale: many decisions about climate change are seen to be global decisions made in international fora, or by national governments, whereas actually people living with climate change – or who might be affected by mitigation efforts – need to be involved if those approaches are to work and aren't to risk dispossessing people and marginalising their rights and wellbeing. It's a question of linking up scales and generating platforms and processes that can really enable the sharing of multiple voices and inclusive deliberation and negotiation.

This is really hard. We've seen many efforts to generate what's seen as participation, say to bring indigenous people into climate change debating fora, or to try to generate participatory stakeholder discussions at the national or international level. Very often that's tokenistic and involves asking people to represent others in a way that’s not always legitimate – how can one indigenous person speak for the diversity of all indigenous people?

Assessment processes and deliberative fora can be part and parcel of the co-production and co-design of science and social order – they can be part of processes which simply re-affirm dominant views of what science can deliver, and dominant views of the world that a certain ‘we’ might like to see. The real challenge, as I see it, is opening up these deliberative fora to make sure that a full diversity and plurality of views and kinds of knowledge have a voice. That means framing and organising discussions in such a way that people genuinely do have a voice, and ensuring that discussions are not closed down from the outset. This often means taking into account practical things about who's sitting where, who's at the table, where discussions are held, how they're chaired and how participation is organised.

Can new communications methods and online media be harnessed to support co-design and to bring new voices to the table?

Melissa Leach – This is an interesting area where there are potentially lots of opportunities. Online fora can help to cut distance and bring greater diversity, and we're seeing a greater range of more and more sophisticated tools. But we need to be careful, because those challenges of inclusion and representation don't necessarily go away just because we're now working with apparently open knowledge and ‘crowdsourcing’. There are questions to be asked about the potential of online dialogues for inclusivity – these have been asked of face-to-face fora over the years, but they also apply to the digital world. There can be a tendency to rush into the hype of assuming that digital and online fora are the answer to broad-based inclusion, when in fact they may be generating new forms of exclusion. Whose voices get represented? Who can speak and write online? What kinds of digital divides and marginalisation are we seeing? They are different to the forms of exclusion one finds in face-to-face fora, but different in quality rather than in fundamental kind, and I think we need some more work to make sure that online fora are delivering all they can.