Each summer in the Mývatn region of Northern Iceland, people set out to walk the grassy, open grounds of their lakeside farms, collecting full baskets of eggs from wild ground-nesting waterfowl. Tens of thousands of pairs of waterfowl migrate to the volcanic spring-fed lake each spring and begin nesting in May. Their eggs are an abundant and easily collected source of food but nesting birds are vulnerable and easily disturbed, so it is a delicate task. For generations of Mývatn inhabitants collecting and eating eggs has marked a time of year, and is a memorable characteristic of a region that is strongly defined by the highland lake at its centre.

Also in this series…

Unpacking the black box: the need for an Integrated Environmental Humanities (IEH)
Steven Hartman makes the case for the humanities in furthering understanding of the Anthropocene.

Environmental humanities – another view
A climate scientist's perspective on integrating knowledge from the humanities in discussions of global change.

The inland, freshwater lake Mývatn supports a rich insect life which in turn supports several species of waterfowl, as well as trout and Arctic charr. Throughout the 20th century, it was normal for hundreds of eggs to be collected in a day's work by each household during the waterfowl breeding season. Egg collection was carried out under a shared set of rules and norms: birds were not to be killed or disturbed as they nested, and only a limited number of eggs could be collected from every nest: about one egg less than half the total clutch, which for most species still left more young than could be successfully raised in most years[i]. Limited collecting ensured that the birds could successfully fledge another generation and that the young would then come back as adults to breed in the same nesting grounds. Today, people protect their farm's nesting grounds by killing predators such as minks and foxes, and in earlier times they must have also managed the now-extinct Icelandic pigs so that the waterfowl nests were unharmed[ii]. The mutual agency embedded in this tradition is noteworthy and was mentioned by several 19th century visitors to Mývatn. Archaeological evidence suggests this regulated human and bird interaction in fact dates to the first settlement of the region in the 9th century – over a millennium of sustainable egg harvesting[iii]. 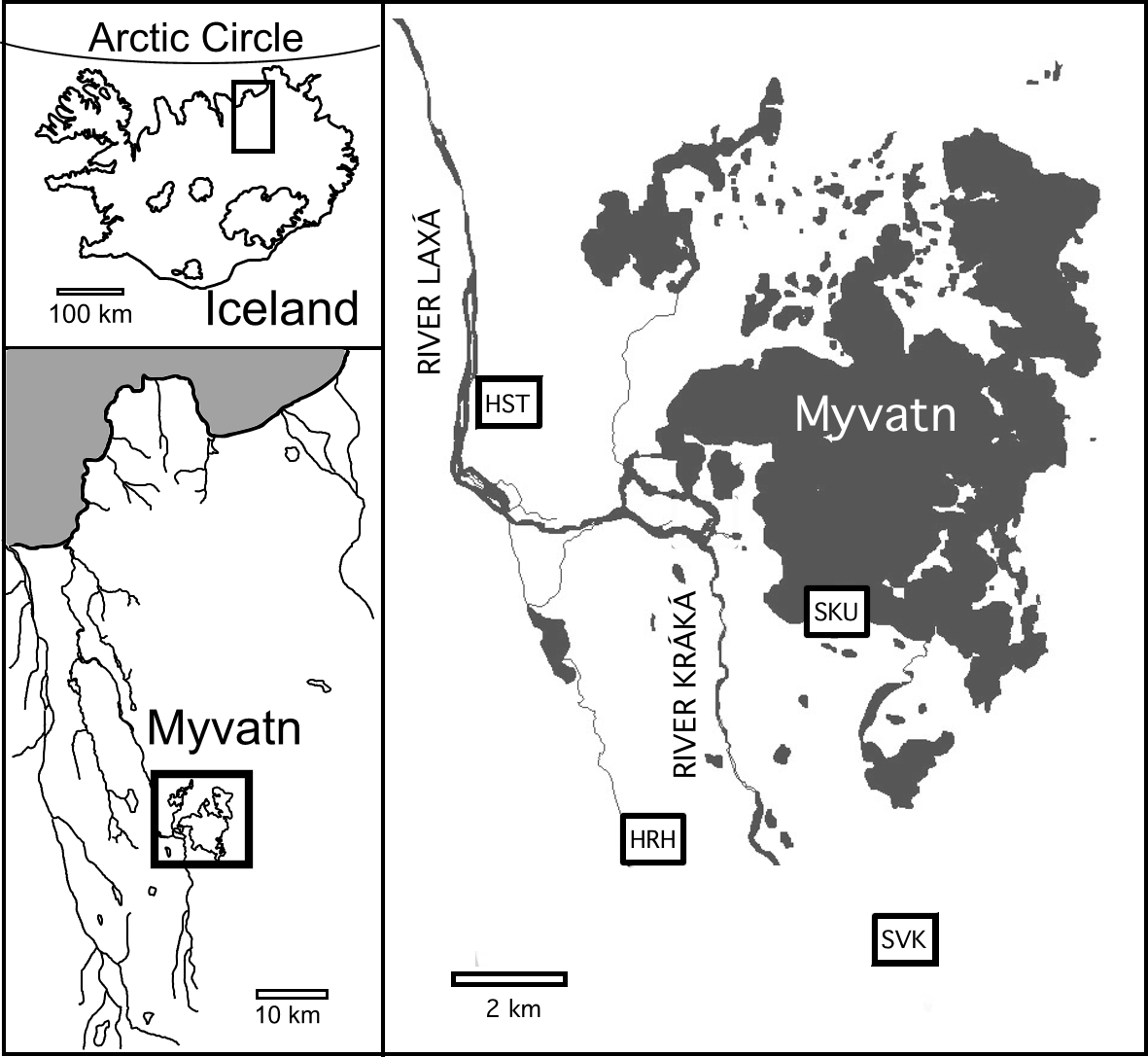 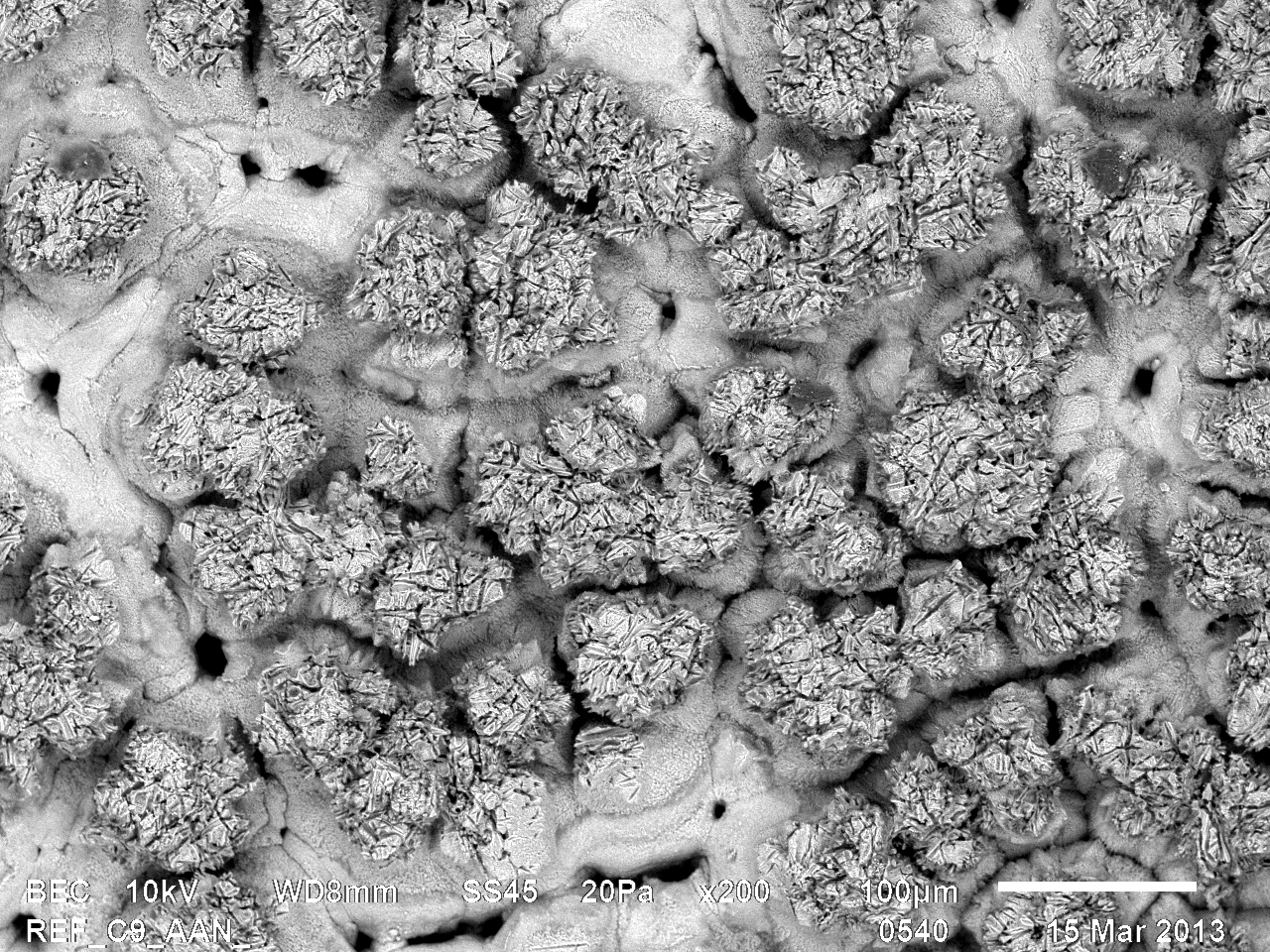 Excavations of farm midden (garbage) deposits in the Mývatn area have yielded many artifacts, well-preserved animal bones, charred plant remains, pollen, and insects, separated by layers of tephra – the volcanic ash released from a single eruption. This provides a remarkable opportunity to investigate human-landscape ecodynamics on the “human scale” of years and decades, and establish secure temporal links among different archaeological and geological profiles, lake and soil cores, and historical records.

Large amounts of discarded eggshell fragments are regularly found in excavations, and on several Mývatn archaeological sites these egg fragments have been found in direct contact with a volcanic tephra layer dated to 871 ±2 CE, providing a marker horizon for the first extensive human settlement of Iceland[iv].These well-dated bone and eggshell collections indicate that the modern pattern of intensive egg collection and sustainable management of the migratory waterfowl in the area had Viking-age roots.

Initial scanning electron microscope (SEM) analysis was used to identify the eggshell to family or genus level as predominately coming from waterfowl[v]. Finds of eggshell from archaeological deposits extending from first settlement to the modern period are now being more intensively identified to species level using new SEM methodology in an innovative collaboration between archaeologists and biologists[vi]. The collaboration is being extended to include an ancient DNA barcoding technology to aid the eggshell classification.  Laboratory science is adding clarity to the long-term patterns of human-bird interactions observed by the archaeologists.

Archaeology and bioscience are now also teaming up with environmental history, environmental humanities and saga scholarship in renewed collaborative work to better understand the social context and dynamics of apparently millennial-scale sustainable management on the local level. Literary scholars and historians are working to digitize the rich written record that extends from medieval law codes and sagas down to early modern folklore, unpublished journals and farm accounts as well as early scientific observations by local farmers. This combination of field and laboratory science with history and environmental humanities perspectives has already provided some clues about the actual social mechanisms that allowed for successful local level community waterfowl management through centuries that saw multiple stresses from climate, disease, and volcanic eruptions. There appears to have been no “tragedy of the commons” leading to a collapse of the communal waterfowl management system, despite recurring hard times[vii][viii].

While archaeology, paleoecology, and bioscience can help demonstrate the deep roots of the Mývatn sustainable waterfowl story, it is these environmental history and humanities approaches – connected to ethnography and the knowledge of living Mývatn residents – that can provide the sort of detail that contributes useful practical lessons for modern managers of wildlife-community interactions[ix].  The early results of this broadening collaborative work among academic disciplines and local communities has emphasized the value and role of Local and Traditional Knowledge(LTK) in our attempt to understand the complexities of human-animal encounters. When 9th century Norse farmers set up their community management strategy in their new homes around the Mývatn lakeshore their organization of resource use and community governance was crafted on the local scale and was remarkably effective in what were initially unfamiliar ecosystems. Their descendants’ continued success in upholding this pattern and maintaining sustainable use of waterfowl – despite famine, eruptions, plague, and the changes brought about by early globalization – surely carries lessons for present and future attempts to find pathways to sustainability elsewhere.

This international collaborative project uses the research perspective of historical ecology and wide “transdisciplinary” collaboration that links disciplinary science and humanities with the LTK held by local communities. The Historical Ecology research agenda aims to both provide better adaptive tool kits for modern resource management practitioners and to offer broader insights for long term forward planning by sustainability scenario-builders that can incorporate the lessons of increasingly well documented cases of human ecodynamics on the millennial scale[x][xi].

This research is supported by US NSF Arctic Social Sciences Program grants to the North Atlantic Biocultural Organization cooperative (www.nabohome.org ), the NordForsk-funded Nordic Network for Interdisciplinary Environmental Studies (NIES http://www.miun.se/nies), the Faculty of Life and Environmental Sciences University of Iceland, the Anthropology Program City University of New York, the Mývatn Research Station, and is part of the IHOPE “Inscribing Environmental Memory in the Icelandic Sagas” project (http://ihopenet.org/circumpolarnetworks/).

[iv]Dugmore, Andrew J. Thomas H. McGovern and Richard Streeter (2014)“Landscape legacies of Landnám in Iceland: What has happened to the environment as a result of settlement, why did it happen and what have been some of the consequences” In Harrison, R. & Maher, R. (eds.)..Long-Term Human Ecodynamics in the North Atlantic: An Archaeological Study. Lexington Publishers, Lanham, Maryland, pp 195-213.

The Coronavirus Crisis as an Opportunity for an Innovative Future

New Research: a Way to Translate the Sustainable Development Goals Into Local Action