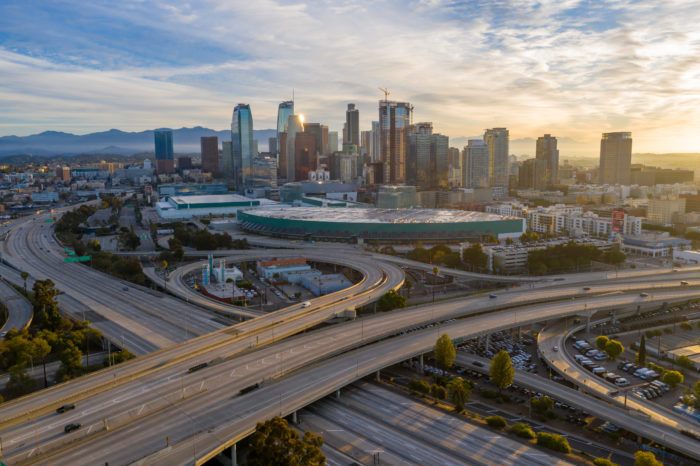 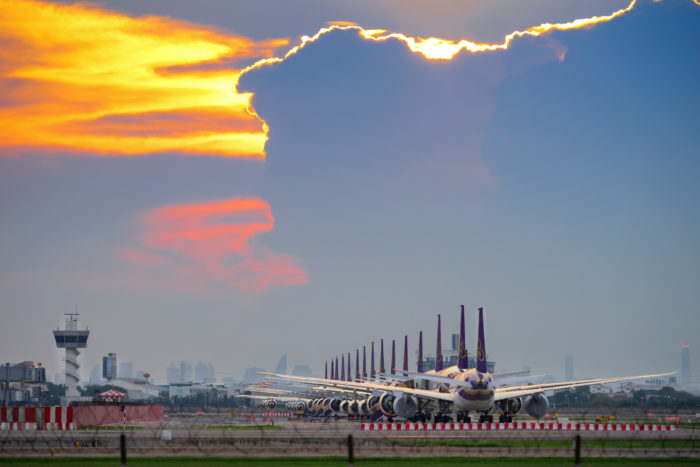 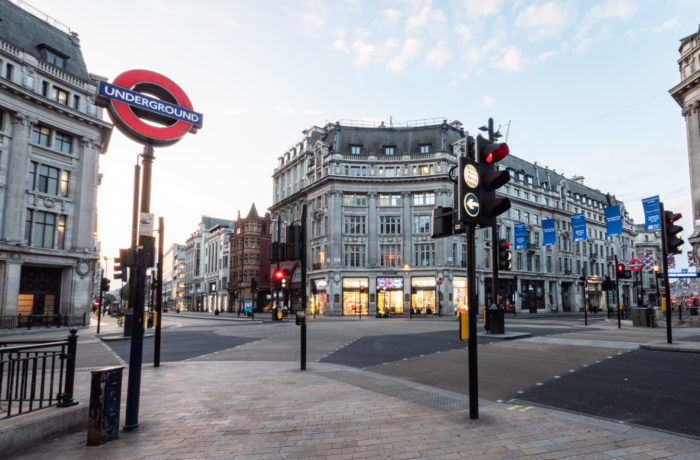 The partial shutdown of the global economy in response to the ongoing COVID-19 pandemic has resulted in an “extreme” drop in daily carbon dioxide emissions, according to new research from Future Earth’s Global Carbon Project.

An international team of researchers found that daily emissions decreased by 17% – or 17 million tonnes of carbon dioxide – during the peak of the confinement measures in early April, compared to mean daily levels in 2019. The study, published in Nature Climate Change, is the first analysis of the effects of the coronavirus on global energy demands, covering 69 countries, 50 U.S. states, 30 Chinese provinces, and six economic sectors. 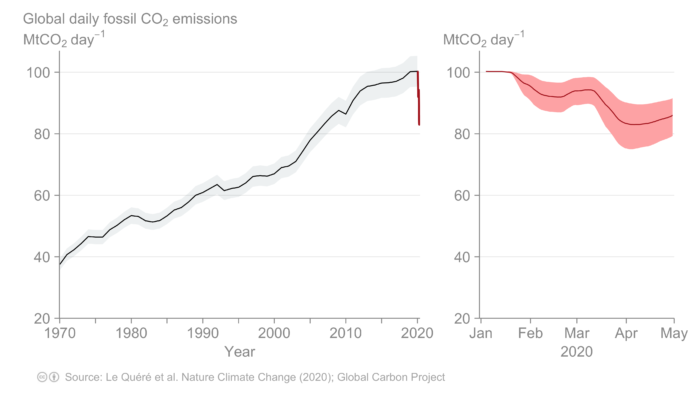 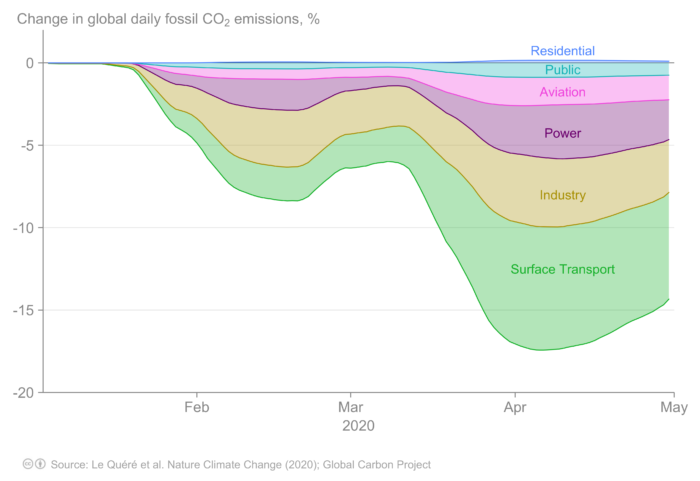 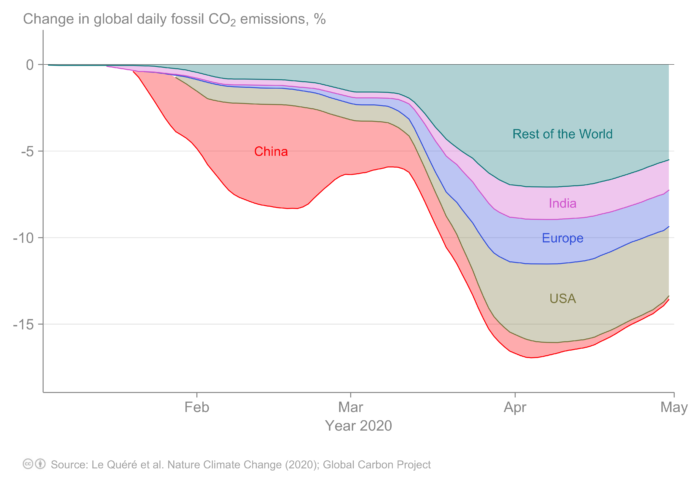 This dramatic and unprecedented decline in daily emission rates, however, is unlikely to persist. Using various projections for the easing of confinement measures globally, the study estimates that annual emissions for 2020 will only decline by 4 to 7% from the 2019 average as the world begins to resume normal economic activity in the coming months.

Given that greenhouse gases must fall by at least 7.6% every year through 2030 to ensure that global warming rates are limited to 1.5 °C, according to the U.N. Environment Programme, this analysis shows that social responses alone will not drive the deep and sustained reductions needed to effectively combat climate change.

“Population confinement has led to drastic changes in energy use and CO2 emissions,” said Professor Corinne Le Quéré of the University of East Anglia, who led the analysis. “These extreme decreases are likely to be temporary though, as they do not reflect structural changes in the economic, transport, or energy systems.”

Professor Rob Jackson of Stanford University, Chair of the Global Carbon Project and co-author of the analysis, added, “The drop in emissions is substantial but illustrates the challenge of reaching our Paris climate commitments. We need systemic change through green energy and electric cars, not temporary reductions from enforced behavior.”

The report clearly shows that opportunities still exist to set structural changes in motion by implementing economic stimuli aligned with low carbon pathways. Mobility, for example, which accounts for half the decrease in emissions during confinement, is one sector that could lock-in lower emissions through smart policy – with additional public health benefits via the reduction of air pollution and lower rates of traffic-related fatalities. These policies could include:

This new research shows that smart policy and investment can ‘lock in’ some of the decreases in global carbon emissions. The extent to which world leaders consider climate change when planning their economic responses post COVID-19 will influence global CO2 emissions paths for decades to come.